Prepare yourselves for a spectacular journey into France’s past, its gastronomic pleasures, and the charm of its villages and its people. Normandy combines a 360-mile dramatic coastline, including the landing beaches, farmlands, bustling market towns and historic landmarks such as the cities of Caen, Bayeux and Rouen. The king of all Normandy tours, enjoy a gourmet voyage through the fascinating history of this region, from William the Conqueror’s castles to Anne of Bretagne’s fortress to Joan of Arc’s last days in Rouen to the Allied invasion. Breton oysters and cider, Norman Calvados and Camembert.

Optional Paris Add-on: Spend a night in Paris before your tour begins!
Includes transfer from CDG Paris airport and a night in a Paris hotel

Tour price is per person based on double occupancy.
Single supplements are available for those traveling alone who would like their own room.
*Airfare is not included, but Olde Ipswich Tours can assist with booking flights.

Depart the US, flying overnight to Paris

Day 1, Rouen: The tour begins in the picturesque medieval town of Rouen, Normandy’s capital. See the magnificent cathedral Monet painted so many times, the narrow streets lined with ancient half-timbered houses, and the place where Joan of Arc was burned at the stake. Your welcome dinner introduces you to Normandy’s haute cuisine.

Days 2-4, Honfleur: Spend three nights in a beautiful 18th century manor house in Honfleur, said to be “the prettiest village in Normandy.” Enjoy a gourmet dinner on the picturesque harbor. Take a spec­tacular cliff walk in Etretat on the Channel coast. Visit a cider distillery to taste Calvados brandy made the traditional way.

Days 5-7, Bayeux: Enjoy three nights in a charming inn in the center of this unspoiled Norman town. See the 12th century Bayeux Tapestry and William the Conqueror’s castle in nearby Caen. Visit the Caen WWII Memorial Museum, Omaha Beach, the American Cemetery and Saint Mère Eglise with an expert World War II guide.

Days 8-10, Saint-Malo: Travel to the Atlantic coast and take a guided tour of the spectac­ular 12th century abbey, Mont Saint Michel, France’s most visited treasure. Cross into Brittany and arrive at the charming town of St. Malo, your home for the next three nights. Taste the famous oysters of Cancale and visit the picturesque medieval village of Dinan.

Days 11-12, Connelles: Stop in Camembert for a picnic with fresh bread and local cheese. Spend two nights in a beautiful manor house on the Seine River. Tour the Château Gaillard, built by Richard the Lionheart, in the hills of Les Andelys. Visit Monet’s famous gardens and his home in Giverny. Enjoy a farewell gourmet dinner in our hotel’s elegant dining room overlooking the river. 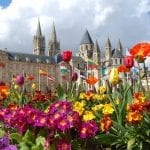 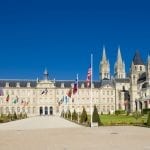 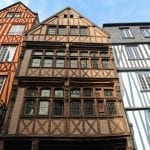 View of a typical facade of a house in Rouen 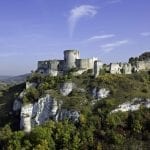 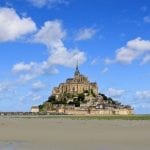 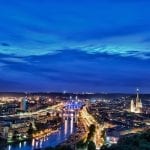 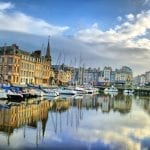 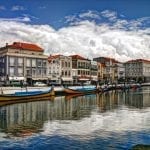 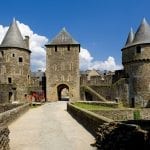 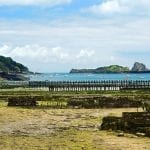 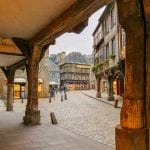 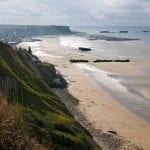 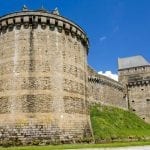 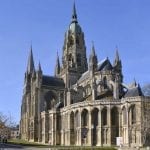 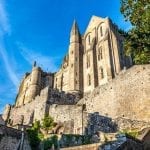