Visiting Matera: One of the Oldest Inhabited Cities in Europe

Home » Tours of Europe » Visiting Matera: One of the Oldest Inhabited Cities in Europe

Matera and Puglia have been conquered and re-conquered over the centuries by the Lombards, Byzantines, Normans, Romans, Greeks, and the Aragonese. The food and culture have been influenced by these invasions and by trade with Sicily, the Arab World, Africa, and Europe. This historical melting pot makes for unique and stunning architecture, a fusion of linguistic dialects, and culinary influences from all around the Mediterranean.

Matera is one of the most intriguing destinations in Puglia, or Apulia. Settled since the Paleolithic era, Matera is home to preserved troglodyte settlements, thought to be the first human settlements in Italy. These dwellings, called Sassi in Matera, are carved into the cliffside. People continued to live in the Sassi until the 1950s, but after a tourism push in more recent times, many have been transformed into hotels, pubs, and restaurants. People can brag that they live and eat in the same place as their ancestors from 9,000 years ago! In fact, we get the chance to stay two nights in these “luxury cave dwellings” during our tour to Puglia & Matera. 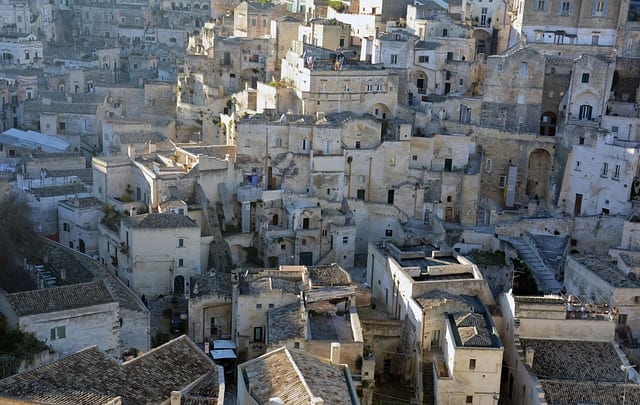 As the ancient village of Matera expanded up the cliffside, inhabitants realized they needed a way to collect water. They began to create cisterns, underground storage areas for holding rainwater, as well as winding canals. The largest cistern discovered thus far is found under Piazza Vittoria Veneto. With its arches and stone pillars, it seems like a cathedral of water! You can even explore it by boat.  As time went on and other sources of water and irrigation were built, many of these cisterns were transformed into homes, just like the Sassi. 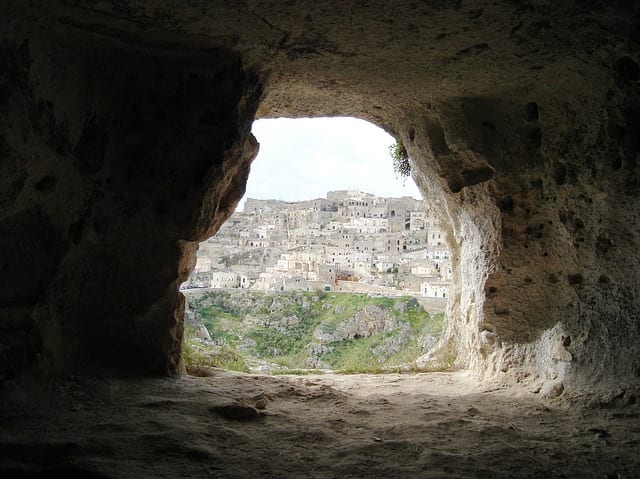 Matera is a lesser-traveled gem that we focus on during our viaggio to Puglia and Matera. We have two departures this year: April 2-14 and October 15-27. Read more about our itinerary or contact us for more information!